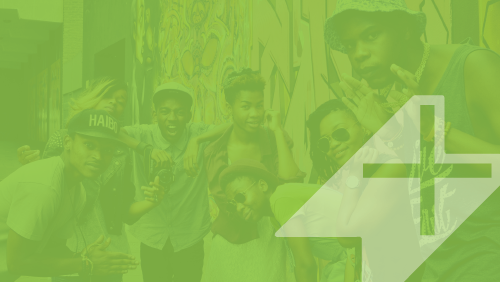 After hosting a trending Twitter chat to facilitate a youth-led conversation about the lack of transformation in advertising, Livity Africa launches #AgencyConfidential

Transformation is a trending topic. In the articles published in Marklives.com, the same point, made in various ways, by all three authors, sited here, is simple: transformation in the advertising space has not happened fast or effectively enough.

Business Live last year published an article entitled The delivery of the agency of transformation. In it, the following figures were quoted:

“Agencies are currently expected to reserve 26% of equity for empowerment partners. From 2018, that will rise to 45%, of which 30% must be for black women. The change is contained in a new broad-based black economic empowerment (BBBEEE) sector code for the marketing, advertising and communications industry.”

The article goes onto say, ‘According to Trade and Industry Minister Davies, the new code will “prioritise black ownership, increase a pool of human resources in the sector and contribute towards addressing unemployment.”’.

Against the backdrop of these proposed new guidelines however, black advertising industry players, particularly entry-level and mid-level executives, are keenly aware that these guidelines are all very nice in theory, but not really enforceable.

We hosted a tweet chat and invited young black talent to share their experiences as “young, black talent” in agencies. We also invited agencies, industry players, brands and stakeholders to listen in and jump in and comment. The silence from the latter group was – not surprisingly – deafening. Young people shared some scary and rather depressing snapshots of the industry in 2017.

Here are some of the top tweets from the two-hour-long conversation that took place on Friday, March 31:

The ‘woke’ blacks don’t last in agencies. Too tjatjarag! #Transformation2017

‘You have to work twice as hard as a young black female in advertising.’ Let’s chat #Transformation2017. Details: https://t.co/U0LWciKNPV pic.twitter.com/R9AHC68IKT

I would stop window dressing with the blacks in management who actually don’t have a say on things. #Transformation2017 https://t.co/LG2jPuHdT2

@LiveMagSA ‘Ladder’ never has a defined destination. You just expected to be thankful that they give you an opportunity to climb. #Transformation2017

@LiveMagSA A4 If I were clueless, I wouldn’t do it alone. I’d hire a firm/ coach, preferably black woman owned, to develop a #Transformation2017 strat

@LiveMagSA ‘Ladder’ never has a defined destination. You just expected to be thankful that they give you an opportunity to climb. #Transformation2017

We even trended at number 4 …

So now what? The conversation doesn’t end here. As winners of the Best Contribution to Transformation in the Digital Industry, Livity Africa aims to document the stories and present the facts to decision makers and stakeholders in order to drive them to make impactful change starting within their own organisations. We’re calling the files #AgencyConfidential.

We’d like you to share your experiences, anonymously with us.
Were you hired as an intern and three years later are still an intern? Do you know for a fact that your white counterpart is earning more than you are at the same level? Are you called into meetings only to offer your insights about what black people are saying or dancing to … but are excluded from the creative strategy or execution?

Watch our platforms for details on how to submit on your stories.